First Captain Rizgar of the Silver Skulls Space Marines Chapter had been tasked with the destruction of Gul Valon, the Butcher of Kurigath. His assembled strike force of first company brothers struck hard and Rizgar shortly found himself face to face with the arch-traitor. Rizgar’s Thunder Hammer cracked of energy as he charged. Like two mighty giants the men clashed. The challange was furious and brutal. But in the end the First Captain could not withstand the fury of the Traitor Lord.

Gul Valon stood atop of him as he laid on the ground. The Daemon Axe roared for blood. Rizgar felt life leaving him. He had failed his mission. He had failed God-Emperor. Feelings of shame and guilt overtook Rizgar as he faded into the cold embrace of death.

But it was his own agonizing screams drag him back to the living. He had not died. Or at least; he had not been allowed to stay dead. Had it gone weeks? Months? Or even years maybe? All he knew now was his corrupted prison of torment and pain. His iron will corroded and insanity besat his mind. All that he once was had been consumed by unbound hatred and visions of carnage and destruction.

Rizgar, First Captain of the Silver Skulls, was now truly dead. All that remained of the fallen champion was Rizgar the Tainted; Helbrute.

I made it. I finished my second Helbrute. I’m happy I got it done before #DreadTober ended. The Helbrute is not my best work to date, I know I rushed it a bit and cut some corners. But I’m pleased with the overall result. It looks really cool on the table top.

Lets look at some pictures (they are a bit dark, sorry about that). 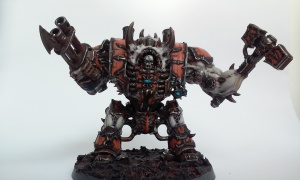 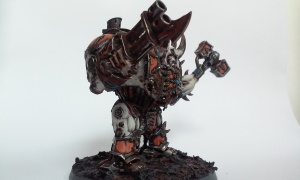 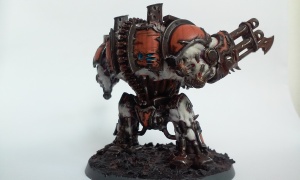 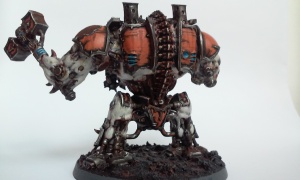 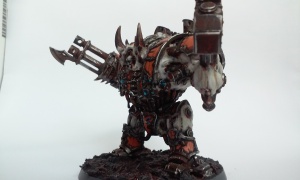 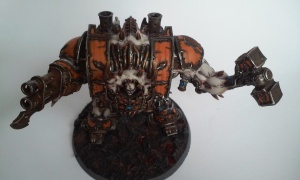 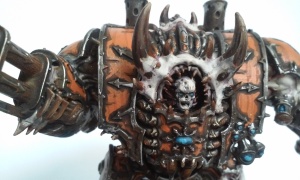 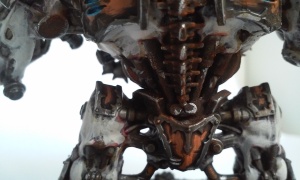 That’s it. I hope you dig it. And whatever you do always remember: